So, what we can do with the Platform?

How do I know if my company needs a chatbot?

Viewing reports on the platform

Tell a flow to ignore triggers and keywords

How to create a Campaign

Select a Message to Schedule for Later

Adding Media to the message

How to download, extract, transform and combine archived data from Weni Flows

What is the Weni Platform's AI Module?

What is an Intelligence?

How to send message templates through RocketChat

U-Partners - Proper use of features

How to integrate Rocket.Chat as a ticket service on the Weni Plataform

How a SMS Integration Works

Adding Discord as a channel

How to use the integrations module

How to create a channel with whatsApp demo

How to Verify My Business 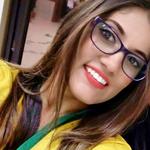 Updated 4 months ago by Thays Oliveira

The dataset is composed by training sentences and testing sentences. These sentences helds important components used to define your intelligence context: intents and entities.

Through this components, we have enough data to guide a rich conversation flow in a chatbot.

The intelligence usage is done through intent classifications and entity extractions:

Therefore, it is crucial to make an early planning about the intelligence scope, so the intentions can be clearly and precisely defined.

By doing a detailed early planning, an eventual need of changing the intelligence's scope, removing or adding new intentions after launch is drastically reduced.

See here how to add intentions!

They are components used to extract additional information when sending a sentence to the intelligence, in addition to its labeled intention.

In Bothub, its usage is made by defining groups of words that belong to the same category, for example, by marking separately:

Your intelligence will automatically try to search for flavors and products in the received sentences, extracting them and returning as a response along with the labeled intent.

It is important to note: the intelligence will try to extract even other words that were not explicitly marked by you, but that in its understanding has a high probability of belonging to that group of words (entity).

For example, considering the product entity above, using these three markings alone, should also extract words like computer, laptop and tv as product.

See here how to use entities!

The intent classification and entity extraction tasks do not interfere with each other, they are two independent processes and results.

How did we do?